NVT Computing Ltd was formed in September 1988 by Stephen Park Brown to provide consultancy and design. Throughout the late 1980s, the company’s primary focus was on the installation of systems and the supply of developed software.
During this time, as the industry moved from mainframe to desktop and networked technologies, NVT also increased its capability in customer services and won many new service contracts in the networked PC arena.
By 1992, NVT had moved to new premises and the company was restructured to account for its diversification and growth plans, with hardware and software services and customised support now being the core proposition.
In 1995, NVT achieved BS EN ISO 9002 certification and successfully made the transition to BS EN ISO 9001:2000 in 2003.
In 1998, NVT achieved Investors In People (IIP) recognition. In 2010, that recognition was elevated to the IIP Gold standard and this standard has been maintained ever since.
In April 2000, we were delighted to welcome HRH The Princess Royal to open our company HQ and, in particular, our business continuity facility.
In 2005, NVT acquired Wisdom Consulting. In the following year, NVT also acquired Flame Multimedia and thus rebranded as NVT Group.
In 2008, NVT celebrated its 20th anniversary.
In 2012, NVT Group won the contract to become the Technology Services Integrator for the XX Commonwealth Games in Glasgow.
In 2014, NVT Group successfully delivered the technology required to stage two of the biggest sporting events ever hosted in Scotland.
Also in 2014, NVT Group’s Modern Apprenticeship programme was recognised with two “Employer of the Year” award wins – the first from Microsoft Scotland and the second from the Scottish Training Federation.
In 2015, further cementing its commitment to people, NVT Group achieved Investors In Young People (IIYP) recognition. 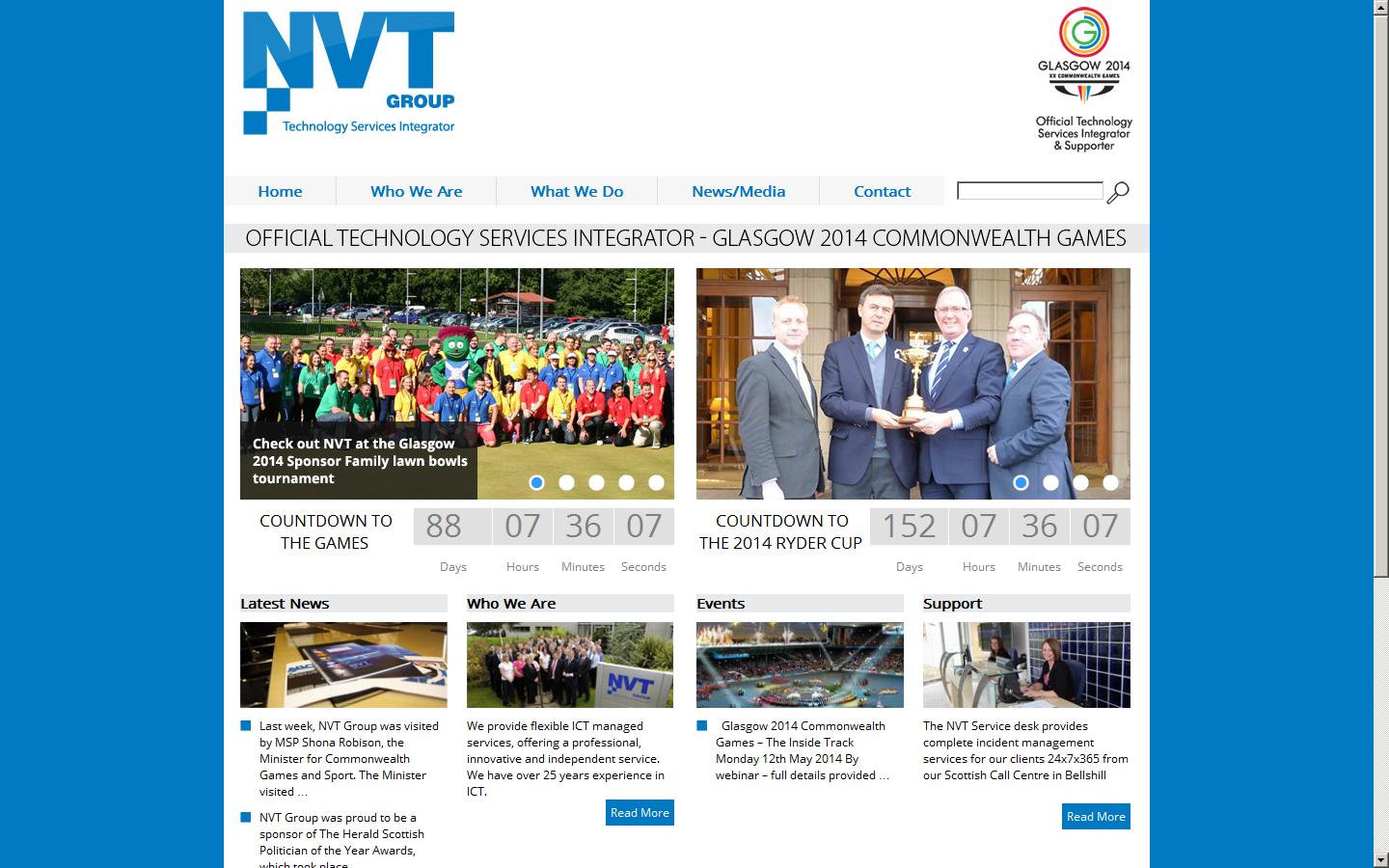