Company fleets: not a government priority?

The government does not view company vehicle fleets as a priority, according to The Fuelcard People. General Manager, Steve Clarke, comments on the Government's refusal to delay January’s fuel duty increase. 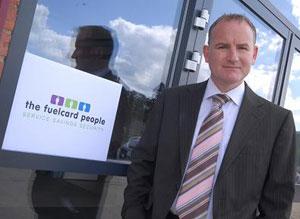 “MPs on both sides talked of wanting to help families, while barely mentioning commercial road users. Then, they voted to confirm January’s increase. Making it more costly to travel and to move things around seems an odd way of boosting the economy.”

Steve is ideally positioned to comment on fuel pricing issues, having been at the heart of the UK’s fuel industry for some years and is known for tackling governments of all shades over fuel duty.

“Whatever colour rosette they wear on polling day, I want them all to focus on economic realities. It should be obvious that raising fuel duty means a corresponding price rise for anything using the roads, from a company car to a refrigerated truck. When times are tough, making it more expensive to get around is not the answer.”