Chancellor George Osborne has promised to boost the shale gas industry within the UK through implementation of tax reliefs for businesses. 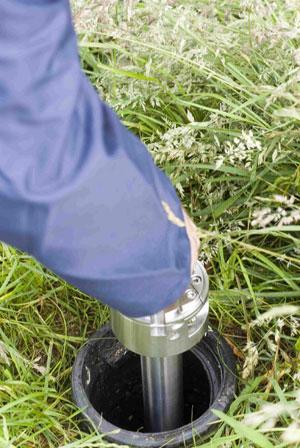 Mr Osbourne announced that “shale gas is part of the future and we will make it happen”. It is believed that the tax relief will act as a barrier breaker for many UK businesses wishing to enter or further develop in the world of Hydraulic Fracturing. Mr Osborne stated that be believes an extra £2 billion investment in the North Sea could be generated through the implementation of the tax breaks.

According to the British Geological Survey, Shale gas reserves in the UK are estimated to be as large as 150 billion cubic metres. The major success of drilling for reserves in the US has resulted in high interest within the UK. Although the process has caused somewhat of a stir in the UK, the Government are set to ignite the UK's dash for gas. The move comes after the UK government were criticised for increasing taxes paid by oil firms last year.

Companies such as Cuadrilla, (who are using GasClam to monitor the effects and safety of their drilling and most importantly the gases involved), are taking advantage of the tax relief that has been implemented by Mr Osborne. As part of Cuadrilla’s exploration operations, it has commissioned GasClam to monitor background gas concentrations prior to operations, with the monitoring device left in the ground to measure, record and transmit gas concentrations throughout Cuadrilla’s operations.

Although now in approval by the Government, plans for the fracking industry still remain uncertain, especially in terms of the monitoring of the fracking process. Process and requirements to monitor (gases) are certain to become a compulsory matter.