Fleet managers have been reminded by The Fuelcard People of the importance of verifying fuel card suppliers’ claims. Steve Clarke, group marketing manager, said: “Always remember the difference between truth and honesty. If a supplier tells you that it offers fixed weekly pricing, that might be true, but if it forgets to add that it also levies transaction charges, it is not being honest.” 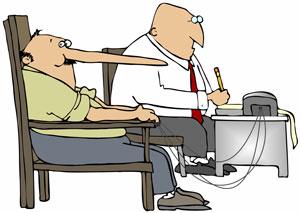 Failure to understand a supplier’s charging structure could be an expensive mistake. Two competing suppliers might appear to be offering the same deal, but if only one imposes transaction charges, the other supplier could work out to be hundred or even thousands of pounds cheaper.
“You can usually expect any supplier to tell you the truth,” said Steve Clarke, “but do not assume that it is being honest. It might not be telling you the whole truth, or nothing but the truth. Always check suppliers’ claims and always check the small print.”
Honesty has been a burning issue in the fuel cards market since the 2013 introduction of unexpected additional charges by some suppliers. Thousands of fleet managers were unhappy that such ‘network fees’ and other transaction charges were buried within invoices, without explanation. Many of them switched suppliers as a consequence.
“Other companies might try to position a £2 charge as being small,” said Steve Clarke, “but when you add £2 to each refuelling of every car, regardless of the amount pumped, it soon adds up. For the record, The Fuelcard People does not impose network fees, transaction charges or anything similar, under any name. Never has, never will.”