What would a fleet manager do with an extra £200 per car? This is being asked by The Fuelcard People. Steve Clarke, general manager, said: “If you pay 4p per litre less for diesel or petrol, you save £200 on 5,000 litres, which is not excessive annual consumption. That simple maths explains why pump price fuel cards are falling out of favour. Fleet managers enjoy having to answer the £200 question.” 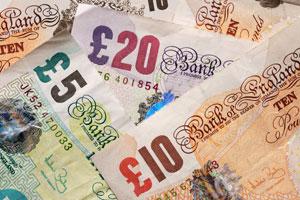 He has seen a sudden increase in enquiries about The Fuelcard People’s commercial rate fuel cards, which offer significant discounts on every major brand. He suggests that this was almost inevitable, in the wake of recent activity by a pump price fuel card supplier. “After years of trying to talk down the obvious benefits of fixed price fuel cards, the market has made them accept reality,” he said. “Now, they admit, ‘If you can’t beat them, join them,’ by launching their own version of a discount fuel card. They even suggest that their existing pump price customers should carry both cards.”

Steve Clarke believes that the move has backfired. “We are grateful to the pump price folks for pointing out so powerfully that our approach to cutting fleet fuel costs was right all along. In highlighting the importance of discounts, they encourage fleets to come to the people with the track record in that area. It helps, of course, that other firms give discounts with one hand, then take them away in transaction charges with the other hand.”

The Fuelcard People is unusual in not levying transaction charges on refuelling. “The whole point of a fuel card is to save money,” said Steve Clarke. “It hardly helps the customer to save if a ‘network service fee’ of £2 is added to every transaction, regardless of the amount pumped.”

He does not expect competitors to copy every aspect of The Fuelcard People’s approach, such as its emphasis on personal service. “They like call centres, we believe in giving every customer their own named account manager. It requires serious long-term investment, but we know which approach customers prefer. They also like saving £200 on fuel for every van they run.”