Fleets losing money by not learning from the past

Fleets are losing money with every mile travelled, according to The Fuelcard People – a Fuel Card Group company – because they have neglected to learn from the past. Thousands of cars are refuelled at excessive prices every day, because their drivers are using outdated fuel cards. 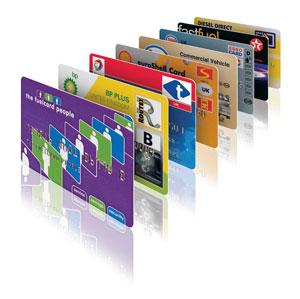 Steve Clarke, group marketing manager, said: “There is so much being thrown at overworked fleet managers, particularly by government, that they can be forgiven for taking some things for granted. Unfortunately, that can be expensive when it comes to fuel.”
Most fleet managers are now familiar with fuel cards and understand that the whole point is to save money on diesel or petrol by paying less than pump prices. Most now realise the vital necessity of avoiding those suppliers who impose additional network fees and transaction charges. The most common mistake, said Steve Clarke, is for managers to forget why they chose their current fuel cards.
“When they chose their current suppliers, they may have found a reasonable deal,” he said, “but things change all the time. The quiet introduction of transaction charges by some suppliers is just one recent example of how fleet managers can be caught out, if they are not careful. We are advising people to do what they have done before and look around for a better deal. That is how they chose their current supplier, after all.”
He pointed out that fleet managers have nothing to lose, except the cost of a telephone call and a little time. “We can compare the whole market against a fleet’s specific needs and find the best possible deal inside a couple of minutes,” said Steve Clarke, “and I would expect The Fuelcard People to improve upon a current offer in virtually every case.”