Sun & Health International to the Rescue

The most important thing when choosing a sun bed supplier, is the quality of the advice, the equipment and the aftercare service. 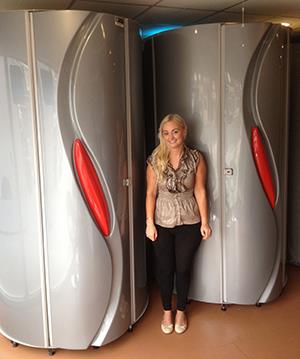 Here is a prime example of how things can go wrong when the wrong choice are made:
A BUSINESSWOMAN today slammed the firm who allowed her to rent unsafe sunbed tubes for use in her Sunderland salon.
Zoe Milburn paid for the sunbed lighting tubes from ECS Leisure last year for use in her Ultra Violet shop, in Ryhope Road, Grangetown.
An inspection by council officers found that the tubes were unsafe just weeks after they were put in place.

The Lancashire-based firm has now been fined more than £3,000 for the blunder.
Speaking after the case, Ms Milburn said: “I’m still in shock about the whole thing to be honest. ECS is supposedly the second biggest supplier of sunbed tubes in the country, so I thought I was using someone trustworthy.”

Ms Milburn opened the business in August 2013 and she received a visit from Trading Standards officers almost a month later.
Jim Wotherspoon, prosecuting on behalf of Sunderland City Council, told a hearing at Sunderland Magistrates’ Court: “Throughout 20103 Trading Standards conducted procedures to ensure that sunbeds complied with European standards.

“All sunbeds must not emit a higher UV level than 0.3. Ultra Violet was visited by Trading Standards in September 2013.
“Tubes in one of the sunbeds were found to be American and not complying to European standards.”
Following the discovery, the tubes were taken out and sent back to ECS.

Ms Milburn then used another company which provided tubes with the correct safety requirements.
No representatives from ECS were present at the hearing, at which the company pleaded guilty to producing misleading advertising and supplying unsafe products.
John Coen, mitigating, said: “My clients say they would like to apologise for what happened. They made a mistake and tried to rectify that as soon as they became aware.

“There are now procedures in place to make sure that this does not happen again.”

Chairman of the bench Hilary Malick said ECS would be fined £2,000 for producing misleading advertising and £1,000 for supplying a product which was not safe.
The business, whose address is Greenhey Place, Skelmersdale, was also ordered to pay court costs of £400 and a surcharge of £120.

Ms Malick said: “ECS have pleaded guilty at the earliest possible time. We feel that they did act in reasonable time. They responded and they were not obstructive. But we are looking at the greater harm to the general public and the damage that could have been done, not now, but at a later stage.”

Ms Milburn added: “The whole thing was dealt with pretty quickly and now I can put it all behind me, even though this wasn’t my fault.

“The company appalled me at the way they went on, because I contacted them on many occasions after this came out and always got told they would call back.
“It’s my business and my livelihood and thankfully things are going well now. I would never used incorrect bulbs in my sunbeds which would harm people.”

Fortunately for Zoe, she contacted Sun & Health International Ltd and we were able to supply her with four immaculate refurbished sunbeds with legal lamps in - here in the picture you can see a very relieved Zoe.

For expert advice regarding for New and Used Sunbed Sales / Hire / Lamps and Tanning Lotions, please contact us on 01527 821 076