Charles Bentley & Son, of Loughborough win a £100,000 contract from the US. The order was for its English Heritage range – first showcased at the Exclusively Housewares Exhibition in London last summer – which has been praised for its quintessentially English look. 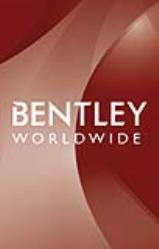 Managing director Charles Bentley said: "This is great for the company and for Loughborough. "Securing such a large contract has moved our export capabilities forward considerably and increased our capacity for this sort of bespoke overseas order. "It confirms our predictions exports will soon represent an increasingly significant proportion of our turnover, even at a time when the business is growing overall. "We have already recruited five members of staff in January, in sales and global sourcing. "Contracts such as this can only secure jobs and, ultimately, create more."

Charles Bentley & Sons is based in Monarch Way and has an online company, BuyDirect4U, in Sullivan Way. It has factories in Sri Lanka and China and offices in Hong Kong and North Carolina, in the States.

Two years ago, the company was named one of Britain's Brightest Businesses in a Daily Telegraph survey of mid-sized companies most likely to spearhead the recovery. The latest order is for British brushware products, brooms, dustpans and brushes with a vintage look prized by North American customers. If the range takes off in the US and Canada it will generate more jobs at the Loughborough operation.

The 153-year-old company has diversified from brush manufacturing and selling in recent years to providing all types of household and gardenware. The online division has also doubled its workforce from seven to 14 employees. Bosses hope this arm of the business will help it increase turnover from £21 million to £34 million over the next three years.

The view the range or for more information visit www.bentleybrushware.co.uk