All aboard the new Routemaster - it's big, red and made in Britain

From fabrics to flooring, London's new Routemaster bus is helping to keep British companies in the driving seat. 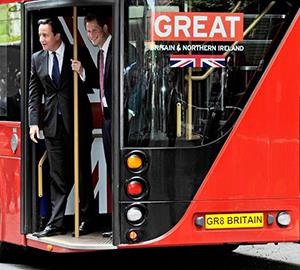 They were a triumph of post-war British engineering. But when the final Routemaster bus, with its familiar hop-on, hop-off platform, was withdrawn from regular service in December 2005, London lost one of its most famous symbols.

Now, a new take on the old classic is about to be re-introduced to London’s streets on a permanent basis. A new, more environmentally friendly Routemaster bus will become a familiar sight on the capital’s roads from June 22, when 27 vehicles take over route 24, which carries 28,000 Londoners and tourists each day to destinations between Pimlico and Hampstead Heath.

A prototype of the new vehicle, commissioned by the Mayor of London, Boris Johnson, has been in operation on the number 38 route between Victoria and Hackney since February last year. However, next month will mark the first time a route will be served entirely by the diesel hybrid bus.

But as well as marking the return of a great British institution, the new Routemaster also showcases the best design and manufacturing from the UK. It was designed by Thomas Heatherwick, founder of the Heathwerwick Studio and the man who brought us the stunning Olympic cauldron – in contrast to London’s unmourned “bendy buses”, which were designed in Germany.

The Routemaster buses – 600 of which will be rolled out by 2016 – are manufactured by Wrightbus, a family-owned company based in Ballymena, Northern Ireland. Transport for London is spending around £212m on the new fleet and claims the modern Routemaster will sustain 220 jobs at Wrightbus’s factory in County Antrim over the next three years.

But, in addition, most of the components, from the seat covering to the wheelchair ramps, are also sourced from UK companies – a boost for British manufacturing and engineering.

Writing in The Daily Telegraph last week, Mr Johnson said: “It is the embodiment of the point I often make, that investment in London boosts the rest of the UK economy, directly and indirectly. We have stimulated the very best of British technology, creating jobs in this country, and yes, we are now looking to potential export markets”.