We are pleased to update you on the Louella Belle Education Team! 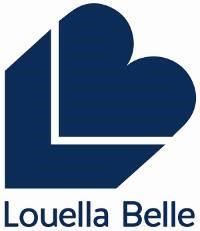 Global Educator for the Artistic Nail Design Team and Director of Education for Louella Belle since 2011. Sam has worked as a Nail Technician for over 18 years and has been privileged to have been trained and educated by some of the best technicians in the world. She has experience in teaching both in FE and as a Commercial Educator for various brands. She has enjoyed working on photo-shoots for glossy magazine such as Vogue, at London and Paris Fashion week and also the nails of top celebrities.

Sam has been a keen competitor and competition winner herself internationally and domestically as well a judge for various nail competitions including the Scratch Stars, Nailympics, Professional Beauty and Worldskills UK. She is a passionate educator and dedicated to sharing her knowledge and experience with others to ensure the students have the best opportunities and achieve their goals.

“It’s really exciting that not only is the Louella Belle team growing but it now includes some industry greats. We may be small but we are elite with a shared goal of sharing our knowledge and inspiring others while representing some truly innovative brands”.

Dione qualified as a beauty therapist 25 years ago and launched her own mobile business, Crystal Envy Nails, in 2012. On the subject of education and becoming an educator Dione says “To teach effectively I truly believe you need to be out there with clients and working with all of the new and innovative products on the market these days. I think the key to success is to never stop learning. The more I learn the more I want to learn from leading industry professionals to other nail techs and even my customers.  I invest a lot in keeping my training and skills up to date.”

Jackie has been in the industry for over 20 years and is a member of The Association of Nail Technicians. She has been judging nail competitions since 2005 and was voted most popular industry expert in 2008 by Scratch magazine readers. Jackie is currently working as a nail technician with her own clients as well as on photo-shoots. Jackie also lectures, assesses and verifies students in colleges. She is much in demand for judging international competitions as well as the Worldskills UK Regionals and Finals. She also teaches on the Worldskills Competition Workshops for VTCT.

Jacqui is at the cutting edge of nails and education here in the UK and internationally. 2005 saw her being crowned as British Nail Professional of the Year and also winning silver and gold medals at the World Nail Olympics in Las Vegas. A regular on Fashion Weeks in London and Paris saw her working for Givenchy, Alexander McQueen, Ben-de Lisi, John Rocha, Donna Karen as well as adorning the Harrods Christmas Window display with her creations. Her name is equally well recognised on advertising campaigns such as Rimmel, Kurt Geiger, Vodafone and Jaeger. She was also on hand for front covers of Vanity Fair Hollywood Special performing manicures on the likes of Sophia Loren and many other celebrities. Jacqui has 6 Vogue cover shots under her belt as well as ES Magazine, Time Out, Sunday Times, Hello, Cosmopolitan, Tatler and Grazia. Jacqui is also the author of industry books such as The Encyclopedia of Nails.

Angela started her nail career back in 2005 and has completed many courses through that time including 3D acrylic in Germany.

“I think it's essential to not only have nail skills but also to have knowledge of each system and continue educating yourself as the industry grows. My biggest achievement, before becoming an educator, was achieving my Grand Master status. I love creating nail enhancements on my clients, especially nail biters and working with them to grow their own nails. As an educator, I will thrive to help educate each newcomer that enters my classes to become as dedicated as I am in the future. I love this industry and the sense of an extended family amongst true professionals. The help and support from some of the industry icons has been priceless. I am looking forward to my new adventure as part of the Louella Belle team.”

Elise Scholes-Pilkington has been in the industry 14 years. She has been teaching for 5 years and last year completed her PTTLS. Elise is best known for her competitive edge having over 25 1st place titles in a variety of categories including Scratch Stars Gel Polish Stylist 2012, Fibreglass Tech of the Year 2013 and Nail Professional of The Year 2012. She also judges and is driven by the passion shown by other nail techs in this exciting industry.

It was inevitable that Laura Prats would enter the beauty industry, as her mother is a beauty therapy teacher. Her favourite part of the job is her clients, some of who she now considers friends, and counts herself lucky to number several celebrities amongst her client base.

Lyndsay has worked in the nail industry for over 8 years and is based in North Wales. She loves the combination of working in an industry where skill levels and demands are high. Her career highlight was delivering her first training course as she loves teaching clients about their nails and how to look after them properly at home.

Carol has been in the industry for 12 years. Carol was attracted by her desire to teach and all the "wonderful, inspiring colours" offered by Artistic Nail Design.

Jillian has been in the industry for seven years and covers East Anglia. Her interest in becoming a nail technician began when she was a guinea pig for a friend doing a course in acrylics.