Could Synthetic Air Save Lives?

Where air is highly polluted with bacteria, certain medical conditions are more likely to occur and no where is more sensitive to this than in an operating theatre. Synthetic air provides a very high standard of clean air but hospitals are still using its 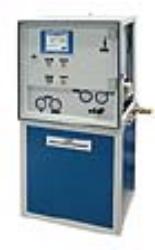 Three common medical conditions that can occur through bacteria in the air are spontaneous miscarriage, congenital abnormalities and liver disorders. Hospital staff are at particular risk through prolonged exposure which is why it is vital that hospitals provide the cleanest air possible.
Possible sources of pollution to the atmosphere are faulty valves, the ventilator, poorly fitted components in the breathing circuit, spilt anaesthetic drugs, expired gases from the spill valve of the anaesthetic breathing system and gases exhaled by the patient after anaesthesia.

Synthetic air cleans air to a very high standard- a higher standard than a compressor can. Carl Long, the general manager of Witt, the gas safety, control, mixing and analysis equipment supplier believes synthetic air should be in every hospital, ‘potentially every hospital could use synthetic air. It not only cleans air to an extremely high standard but also has a minimal price difference to compressed air, which has ongoing costs.’

Witt have released a new generation of DIN EN 737-3 approved MG50, 100 and 200-2ME GB A gas mixers for production of high purity synthetic air for medical applications in hospitals and research laboratories from Oxygen and Nitrogen has been released by Witt, the gas safety, control, mixing and analysis equipment supplier.

They are much simpler to handle and operate using two touch screens, technologically associating them with Witt’s new MAPY gas analyser and Leakmaster leak detectors, allowing adjustment of the gas pressure and gas concentration using a multi-lingual and easy to understand menu.

Two solenoid valves at the outlet of the gas mixer are designed to prevent gas from escaping, if either one of them should malfunction. These mixers can be connected via the Ethernet to a network and other systems.