The new Loadmaster 9000i from RDS Technology has passed the rigorous weights and measures approval tests of the European MID (Measuring Instruments Directive 2004/22/EC). 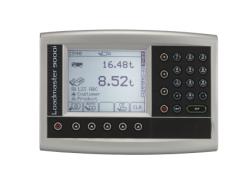 With RDS at the forefront of electronic weighing technology development, the Loadmaster 9000i is one of the first systems of its kind to achieve this endorsement. Known for the demanding nature of its testing standards, the MID approval for wheeled loaders supersedes the previous OIML certification.  This means the Loadmaster 9000i conforms to class Y(b) levels of accuracy, making it suitable for use in commercial transactions.

This approval is valid across the EU and other associated states meaning any approval carried out in the UK for example is valid for commercial use across the EU and vice versa. RDS will be exhibiting the Loadmaster 9000i at Intermat 2009 on stand 5A F 032, 20th - 25th April, Paris Nord-Villepinte, France.