Throughout the UK over the past 40 years Plantscape has brought excitement, colour, originality and innovative design to every civic amenity, street and garden. During that time Britain's urban environment has changed dramatically, and we've been there at the cutting edge to set the scenes.

When Plantscape began way back in the 1960s the drab, post-war years were giving way to a demand for colour and invention. We may have been small back then, but we had big ideas. But it took more than a spade, a trowel and a greenhouse to make Plantscape the market leader it is today. It's been our ability to listen, adapt and utilise new materials and remain competitive which has built our reputation with the UK's civic planners and local authorities.

Pride and Progress
Each decade, the baton of progress at Plantscape has been passed on to a new generation. Now that we're in the 21st century you'll find Plantscape products throughout Britain. We're proud of the range we've developed and pleased with the faith and support you've offered along the way.

Bigger and Better
Today we're based in bigger, better premises. Every year we have something new and exciting. Take a look at our Hanging Holestar Planter, the rustic beauty of our Oak Barrel Planters, and our Cast Away Planters. These along with our new Rapid Response Rental task force, are just some of the reasons behind our four successful decades.

Our Thanks To You
When Mother Nature calls the tune, you need to know how to dance, yet when it comes to growth and success, Plantscape's sense of rhythm remains unchallenged. So, we thank you, our customers, for the past 40 years, and here's to 2047 - when we'll still be doing what we do best - listening, inventing, and placing perfect plants in public places. 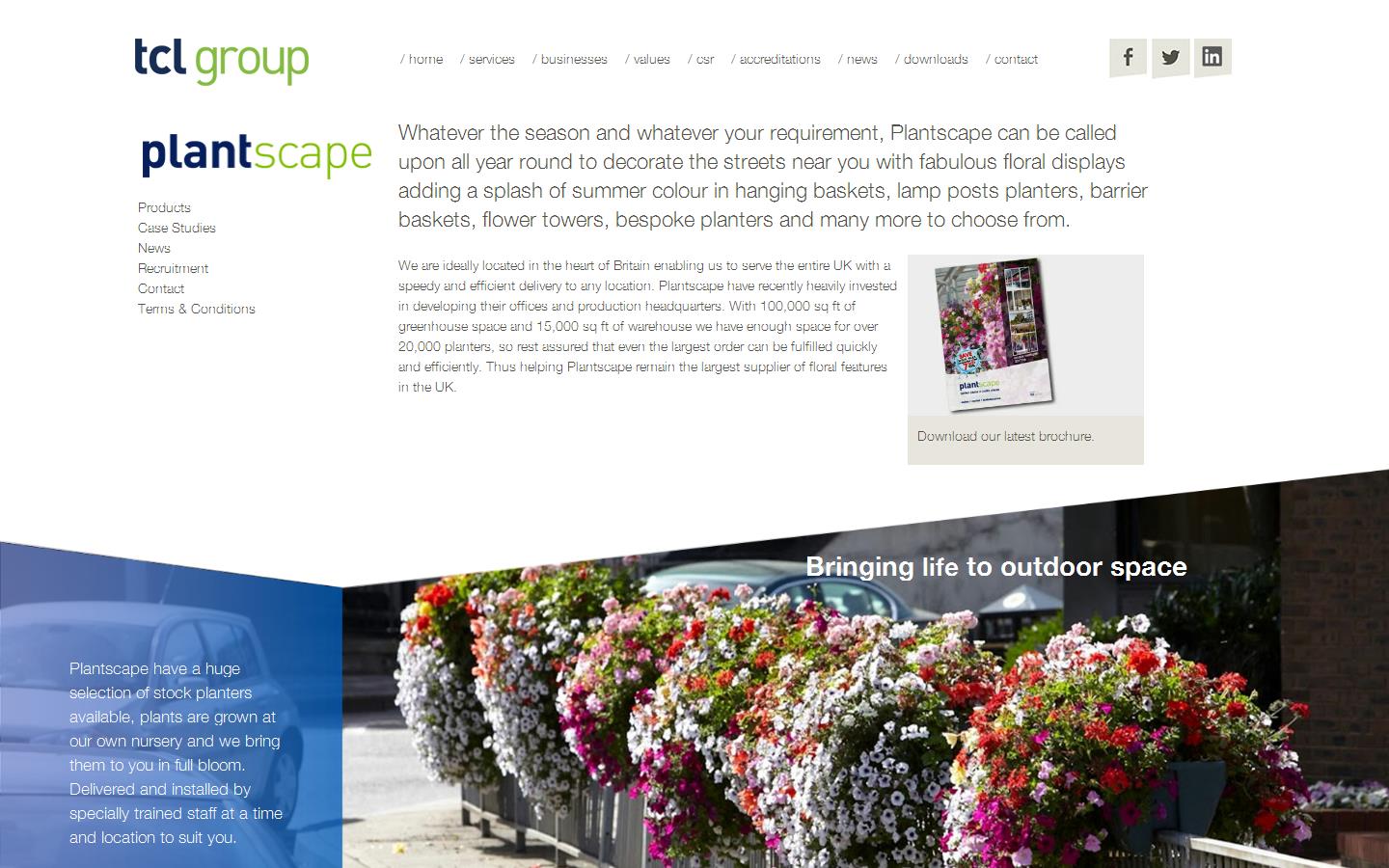