How can I test Sodium? Is there a test kit for sodium?

Testing for Sodium is often required in food or blood samples, but some water samples may need to be tested, particularly those where a softening system is used. 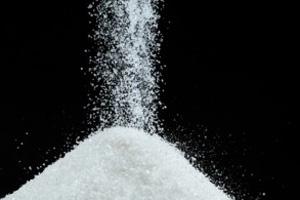 Due to the nature of sodium’s chemistry, it cannot be tested by a simple test kit method – we’ve taken a look at why this is, and explored what options are available for testing sodium.

Can you test Sodium with a test kit?

No – the nature of the chemistry of Sodium means that it does not produce any coloured compounds.

Most test kits rely on colour to give the result – a simple reaction will produce a coloured compound by reacting with a species present in the sample. How dark this colour is relates back to what concentration of that species was present.

For example most Chlorine tests use DPD reagents that react with Chlorine to give a pink colour – the darker the pink, the more chlorine present. Test kits will usually contain a colour chart to compare against, or a colour wheel is used on comparators like Checkit test kits.

Since Sodium compounds are not coloured (like the Sodium Chloride above, they are just white!) we can’t use this colour change to get a result.

Even test kits which claim to test Sodium actually test other parameters such as bicarbonate, sulphate and calcium, and then estimate the Sodium value based on this.

There are other options to test for Sodium though…

Much like a pH probe, Ion Selective Electrodes (ISEs) detect one type of ion in a sample – in this case Sodium ions Na+.

These offer a good portable option, if you’re testing around a site or are limited on space.
Basic ISE Testing

For a small, portable meter which is easy to use, the Laqua Twin Sodium meter is a good option. This is ideal for starting out in measuring sodium, as it is relatively low cost, easy to use and can handle a wide range of samples.

Food products can even be tested directly using this meter, though they must be moist to be able to be read (e.g. dried rice would not read, but cooked rice would). Depending on the result you require, you may prefer the Laqua Twin Salt meter which gives a reading in % salt rather than mg/L Sodium
Sodium meter
Laqua Twin Sodium meter
Advanced ISE Testing

Alternatively for higher accuracy work such as in a laboratory, or when only water samples need to be tested, a more technical ISE may be preferred.

The Hach Intellical probe for Sodium is a popular choice, and can be used with their meters such as the HQ30D meter.

You should note that when using a traditional ISE such as this, ionic strength adjustors (ISA) are required – this is a liquid or powder chemical that’s added to the sample before it is tested. This type of probe may also not be suitable for food testing.
Sodium ISE probe
Sodium ISE probe by Hach
Testing Sodium by Flame Photometer

An alternative method to test Sodium is by a flame photometer – these are benchtop units and cannot be used for portable testing, but they do offer very high accuracy and can measure a range of sample types including clinical samples.

They also have the added benefit of being able to test other ions by changing the filters, for example the standard Jenway PFP7 flame photometer comes with filters for Sodium and Potassium, but Calcium, Barium and Lithium can also be added.
Flame Photometer for Sodium analysis
PFP7 Flame Photometer

Flame photometers do require a little more work to set up and operate, but they offer high accuracy results so are often preferred in critical clinical or industrial settings.