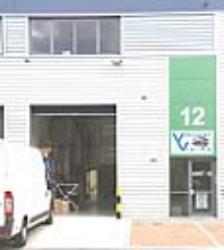 Vigilant Vision, one of the UK’s fastest growing security equipment suppliers, has announced record growth achieving a 100% increase in business over the last twelve months. This has been achieved by specialising in the supply of high quality video monitors designed specifically for security applications in mission critical environments. Increasing demand for these systems has also necessitated the move to new and larger premises and doubling the number of staff employed. “Vigilant Vision is now the UK’s largest supplier of monitor screens for security applications to virtually all the UK’s leading distributors and system integrators,” commented Ron Sharpe, Managing Director of Vigilant Vision. “We are currently shipping in excess of 1500 units every month, representing around one in three of all monitors from 5” to 65” currently being installed in the UK, all of which are supplied with an industry leading three year warranty.” Vigilant Vision’s new offices are based in Streatham, South London and provide additional offices and over 3000 square feet of storage space, a 400% increase over the previous facilities. Five metre racking systems have been installed to enable more than 3500 monitors to be stocked ready for next day delivery. “We are committed to reinvesting profits to build growth for the future and are proud of the fact that the business has expanded in the face of such challenging economic conditions. This success is testament to the reputation we have established for supplying and supporting high quality, competitively priced products that deliver market-leading levels of resilience and reliability in this extremely demanding marketplace,” concluded Ron Sharpe. Key to the company’s growth have been the close working relationships developed with manufacturers and distributors to ensure the ongoing design and development of products that meet the needs of the security market. This has enabled Vigilant Vision to play a pro-active role in driving up the resilience and reliability levels of monitors used in mission critical security applications. As a result, the company not only experiences one of the industry’s lowest product return rates of just 0.1%, but is also able to boast that not a single monitor has been returned due to dead pixels, significantly surpassing the levels of reliability achieved by the low end, low cost monitors that have so often been installed in the past. Vigilant Vision is also actively opening up new export markets and is now supplying some of the largest distributors in France, Italy and the Netherlands. The company is currently in negotiation with distributors in other key countries and expects to make further announcements over the coming months