With over 25 years’ experience in the design and manufacture of window films and graphics, UK Window Films are a long-established family-run business offering an extensive range of products that can be utilised across multiple applications.  Over the years, we have provided a reliable and efficient service to thousands of satisfied customers who have praised our members of staff for their strong work ethic and their ability to exceed expectations.

Since establishment, we as a company have employed a team of hard-working and dedicated individuals who have enough knowledge and experience within the industry to provide a service that is second to none.  Through the continuous development of our business by introducing new technologies and innovations, we at UK Window Films have become one of the UK’s largest and best-known suppliers of high-quality films that are strong, durable and professionally made.

Our products and services are supplied throughout the majority of the United Kingdom, particularly areas such as the Southeast and London.  We provide a reliable and cost-effective solution unlike anything else on the market, making our business unique and innovative.  Whether customers are looking for anti-glare, security, photochromic, fade protection, privacy, frosted, decorative, EMF, energy-saving or heat control window films, we are more than happy to help.

Here at UK Window Films, we have received a significant amount of praise over the years from satisfied customers who have recommended us to friends time and time again.  We are a Which? Trusted provider, meaning that we have been checked for trustworthiness as well as our compliance with current consumer protection laws that are in place.  If you are interested in any of the services we provide, please do not hesitate to contact a member of staff for assistance. 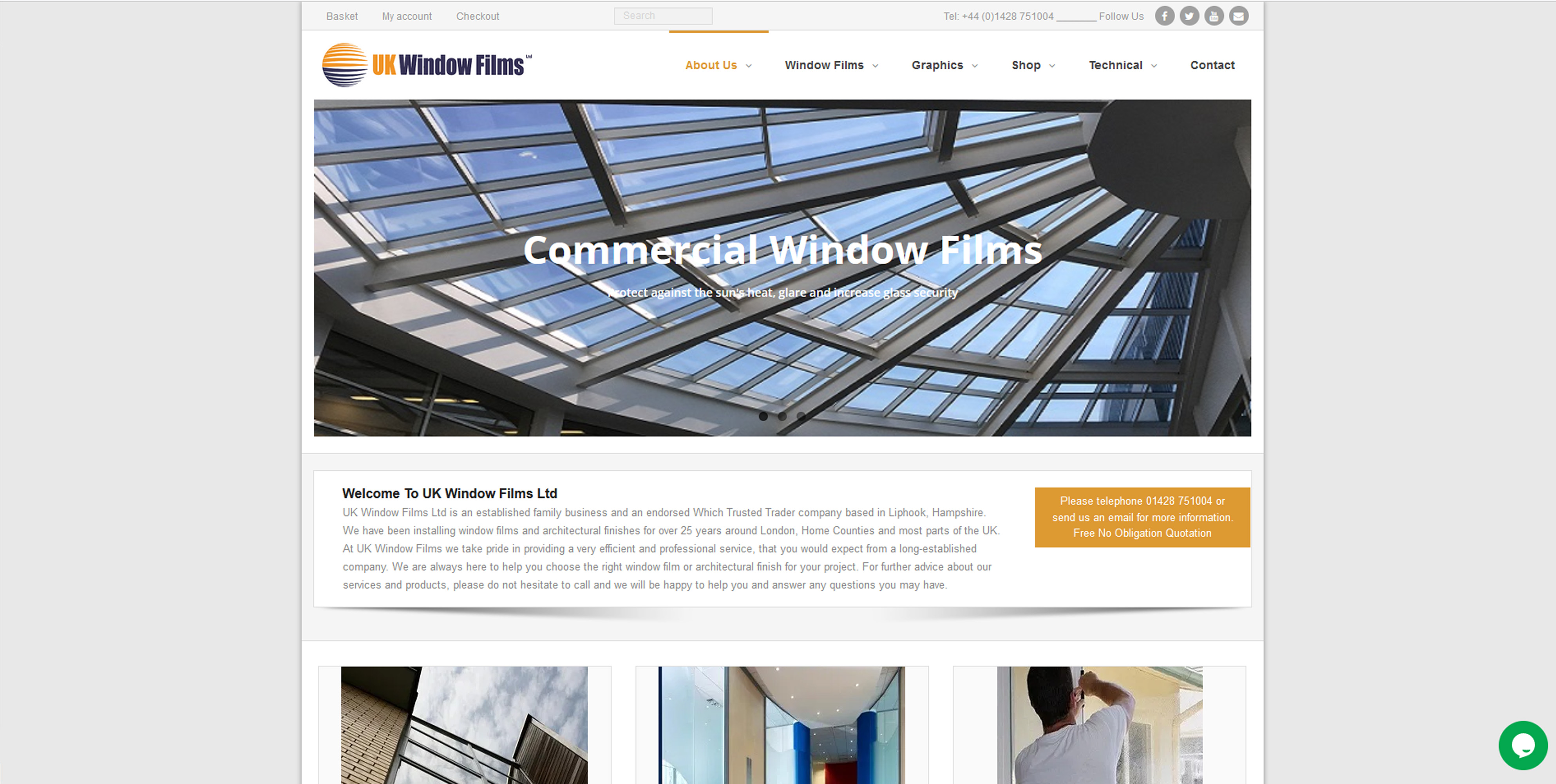 Having just moved house into a new build property it became apparent that elements of my home audio visual set up were just not going to work with new decor, namely AV Unit and 3 large speakers. After spending all weekend trawling the internet for solutions to replace, which (1) don’t come cheap and (2) in the current climate have horrendously long lead times I was resigned to having to put up with for the foreseeable. Then I came across Rob’s website. Furniture wrapping, was that even a thing! So I sent Rob an email with requirements and hoped for the best!. A couple of exchanges later and Rob was able to collect my stuff and whisked back to his workshop. A couple of days later I got phone call from Rob to say work complete and he could drop off the same day. Not sure what to expect I was blown away when Rob unboxed my speakers and unit. The transformation was incredible and at a fraction of the cost of buying new. Needless to say I now know wrapping is a thing! All that aside on a personal level Rob is a very courteous and personable guy. Explained the process end to end and delivered on everything he promised. First class customer service, first class product and I wouldn’t hesitate to recommend Rob for all your wrapping needs!

Rob was marvellous in helping us decide the best film for our windows, at no time were we under any pressure. We are so please with the result a wonderful service, we can't recommend him highly enough,

Having removed worn-out pleated roof blinds from our south-facing conservatory, we needed to find a new way of keeping back the heat. I was pretty reluctant to install film - having seen what badly installed film can look like - but couldn’t see any other cost-effective option. Rob was very knowledgeable and willing to answer all my questions, but I never felt pressured at any point - quite the opposite! He sent samples of the actual films - which was very helpful - together with a quote for each. We were able to make our final choice on the actual day of installation. Rob was friendly, polite, and very professional at all times - punctual, keeping us informed and leaving the conservatory spotless. We ultimately chose TrueVue15. Although DC15 slightly outdoes it on heat reduction, we preferred the colour and it doesn't hold back quite as much light. The film itself was very carefully and competently installed - no gaps, no bubbles, no creases, no nothing - you wouldn’t even know it was there except for the slight darkening of the roof glass. Having finally had some sunny days this week(!) we can confirm that it has made a marked difference to the temperature reduction in the conservatory - we are delighted. It is only the end of March, but we are confident it will continue to make a big difference throughout the year. Rob is clearly committed to ensuring that his customers are fully satisfied from start to finish - it was a pleasure to deal with him