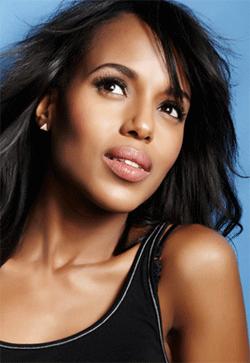 Washington will be responsible for co-curating nail lacquer shades and developing shade names with OPI co-founder and brand ambassador Suzi Weiss-Fischmann, and will be sourcing inspiration for and consulting on various aspects of creative for the company.

Weiss-Fischmann first approached Washington with the idea to work together in spring 2015 and was met with an enthusiastic “YES.” Over the following few months, they worked together to develop this new role. “I am excited and honoured to have Kerry as an ambassador for the OPI brand and grateful for the chance to collaborate with her,” says Weiss-Fischmann.

“I am a huge fan of OPI and was ecstatic when Suzi approached me to partner with the brand,” says Washington, “I'm so inspired by Suzi and what she has built with the OPI brand. OPI's broad spectrum of fashionable colours and iconic names have become an industry standard. I'm thrilled to work with Suzi on developing gorgeous new shades and exciting new names.”

“One of my favourite shows is ‘Scandal’,” says Weiss-Fischmann, “I noticed that the show was on the tip of everyone’s tongue from the boardroom to the watercooler and Kerry had unquestionably become a role model for women everywhere. She truly empowers women of all ages… she is bold, fashionable and loves nail lacquer.”