Sovereign Play Equipment, a leading supplier of play and sports facilities in the UK, is helping a young athlete achieve her dreams with a sponsorship that will see her take on regional, national and international sport championships. 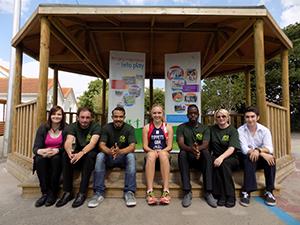 16-year-old Kiera Tippett, from Benfleet, is a multi gold-winning Triathlete and GB Biathle athlete. With a goal to strive in her sporting career, which has already seen her represent and win gold for Great Britain in a number of championships, she has secured backing from Sovereign. This sponsorship will help finance the race entries needed to enable Kiera to qualify in games such as the World Triathlon Championships, which would see her compete as far afield as Tbilisi, Chicago and Australia.

Commenting on the sponsorship, Darran Hine, Sales Director at Sovereign said: “Kiera is a very talented and ambitious young athlete and we’re proud to be sponsoring her. Promoting active lifestyles in young people is important to the whole team at Sovereign and we hope that our sponsorship will help Kiera pursue her sporting journey in the best way possible - as well as encourage many other youngsters to recognise their own potential.”

Darran continued: “Kiera has dreams of reaching the Commonwealth Games and the Olympics - and having qualified to represent Great Britain this summer in three European championships and a world championship, the whole team at Sovereign are excited to see where the future months take her.“