Green Weigh to Recycle your Weighbridge 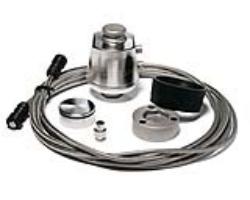 The new POWERCELL PDX load cell is the first digital load cell of its kind to feature a network with absolutely no junction boxes.  No other analogue or digital load cell on the market offers this remarkable capability. This single design innovation attacks service breakdowns where they are most likely to occur. The load cell takes reliability to a new level by including predictive diagnostics to keep users continuously informed of their scale’s performance.  This includes: automatic notification of weighing errors, overloading, environmental conditions, network health, load cell voltages and enclosure integrity without the need for maintenance prone external converter boxes.

If a problem occurs, it can be fixed quickly. With a convential analogue load cell system, users may be operating for months with an unknown load cell or cable problem: providing inaccurate weighing results until the error is uncovered during the next inspection. As a result, a 60 pound error can add up to thousands of pounds worth of lost profit, even when users are weighing as few as 50 vehicles per day.

The POWERCELL PDX load cell offers a return on investement that no other load cell can match. When evaluating any scale, cost of ownership is an important factor. With its exceptional reliability and advanced diagnostoics, the POERCELL PDX load cell virtually eliminates the unplanned service costs that make other load cells a risky investment; it provides unmatched value over the life of the scale.