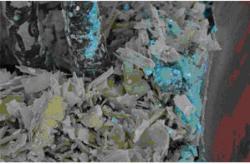 Many of us live in hard-water areas and are sometimes unaware of the limescale building up daily throughout the plumbing system - after all, we don't need to worry about what we can't see, right?

One area most prone to limescale, is the boiler or hot water cylinder. As soon as hard water gets warm, the scale starts forming getting thicker and thicker so that in a fairly short period of time it takes almost twice as much energy to heat up the same amount of water. The scale keeps getting even thicker and eventually it just takes ages to heat the water. The amount of energy required to heat the same amount of water increases exponentially so the thicker the scale the more energy is required. In the end the scale can be so thick that if you turn on the immersion heater it will just blow because the heat it generates cannot escape into the water. The immersion heater just overheats and packs up.

In real terms this can mean more oil, gas or electricity to heat the same amount of water and of course more money. Money, which in reality is just being wasted.

But if the limescale is removed and fresh limescale prevented from forming, water heating becomes much more efficient.