Splendid Products, have been trying in vain to seek endorsement from the Energy Saving Trust, for their Little Plumber range of Electronic Water Conditioners, but their many failed attempts, have in themselves, been a waste of energy. 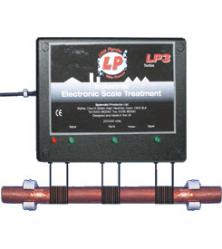 Managing Director, Gavin Beaumont said, “We have estimated that if every house in the U.K. that is in a hard water area had one of these low cost devices fitted, enough energy could be saved to close down four power stations. I have been seeking endorsement from the Energy Saving Trust for some months but all I am told is that they “don’t have the time or the resources” to test my products”

The Little Plumber range of electronic water conditioners is made in Oxford and works not only by preventing lime scale from forming within the plumbing system but also by de-scaling the entire system and associated products, giving reductions in energy consumption, for example, by heating systems becoming more efficient.

Gavin added, “With carbon emissions and environmental impact being key issues, not only for our generation, but also for future generations, it is very frustrating for me to have a product that can make a quantifiable and very real difference to energy consumption, yet be ignored by the very bodies originally set up to look into and to promote products such as these”.